The increase in anxiety after dropping the Mirtazapine quickly became intolerable. I have grown weary of the daily struggle to go about my life. It feels like every moment of the day when I am outside my home is a battle. It’s not quite that bad in reality, but anxiety attacks were become a daily occurrence, and after a while the fight simply wears you down. It was becoming obvious that things were getting worse, and the rate of decline was accelerating. It was time to put the brakes on. This is where I was when I called the doctor last Tuesday to ask for a Zoloft prescription. END_OF_DOCUMENT_TOKEN_TO_BE_REPLACED

As the end of the weekend approaches I was looking for a little perspective to enter the coming workweek with. I posted this video last May and I want to share it again. I do not offer this as an example of how things could be worse, I don’t believe in ranking misery and misfortune, but I do believe it can help us to get out of our own head and see a larger view of the world. More than anything I see this video as providing inspiration and strength. I was sent this video by a young man who has survived Leukemia. Four years ago I did not know who he was, but I received a call from the Be The Match Foundation telling me that I was the match for a 16 year old boy. I donated marrow and a year and a half later I met him, and had the privilege of watching him graduate from high school. He has been through an unbelievable ordeal that began when he was only seven years old, but he has survived with a sense of purpose and his sense of humor entirely intact. He and his family have repeatedly thanked me, his grandmother had tears in her eyes and hugged me tightly when we met the first time, but I have said all along that this has been a gift that traveled in both directions. Sometimes our lives need a little perspective.

I recently had another moment of clarity it my long journey with anxiety. The truth of the matter is I am beginning to miss the klonopin. I am hesitant to say that out loud because saying it is the first step towards using it, and I know that would be a bad choice, but for ten years it squelched the anxiety so effectively that I have come to understand that much of the psychiatric treatment I sought out in that time was to counter the depressed mood the benzo was causing. What I thought was depression was mostly a side effect of the Klonopin which had completely masked the true enemy anxiety. END_OF_DOCUMENT_TOKEN_TO_BE_REPLACED

When last I found time in the chaos to write in this space I had just been handed a prescription from Mirtazapine and was preparing to embark on yet another pharmacological experiment with this chemistry set I call my body. I was hopeful that it would be the last piece of the puzzle, but I am sorry to report that yet again the downside outweighed the benefit and that three weeks later I am no further ahead for having endured the mind numbing fog of these damn pills. I suppose to say I am not further ahead is not completely accurate, I have succeeded in eliminating one more drug from the list of viable options. END_OF_DOCUMENT_TOKEN_TO_BE_REPLACED 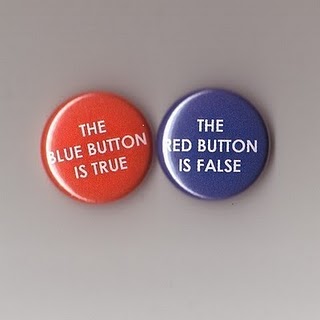 It has been a month since I maxed out my Wellbutrin dose. Within several days of increasing the dosage I began to feel a little better, and that mild improvement has remained though I don’t think I gained much more after that first week. Over the past month I have been able to better manage my anxiety, or more accurately there has been less anxiety to manage, so I have felt better, but not as good as I would like to feel. I have been tossing around trying the Zoloft experiment, but the Mrs. and I have been talking more and more about a second child. The likely Zoloft side effects could make the conception process  a lot more work than fun. END_OF_DOCUMENT_TOKEN_TO_BE_REPLACED

For a while I posted a lot of music in this space. I have gotten away from it some, but I stumbled across a tune this weekend that really resonated. I have been a small town guy forever. I went to college in a small to medium size city, about 100,000 people, but it was a tiny school which amounted to a small town inside the larger city. I lived and worked for a couple years in what passes for a city around here, but would just be a big town in most places. My roots are from tiny communities on offshore islands so small town living and everything that goes with it is truly a part of my identity. From the outside these little communities look all quaint and quiet and thye mostly are, but when things go bad there are no secrets and there is no place to hide. This J.T. Hodges song “Sleep Little Town” does a pretty good job and capturing what it like when the façade comes down around big fish in small ponds. 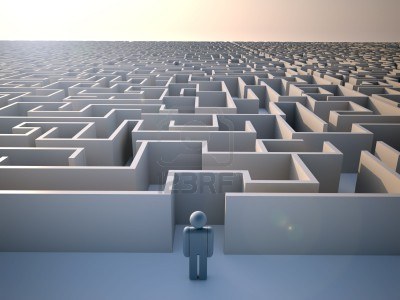 I have no idea which way to go. Every choice is going to be a long winding journey, and right now they all look the same. I am not even certain there is a “right” direction, or if there is success and security down any of these paths. I just need to take the first step, but which way?

On Monday I had an appointment with the doc that manages my medication. I went in having firmly decided to do something with the drugs. My world is definitely getting smaller and the process seems to be accelerating somewhat. There was a time when I eagerly sought opportunities to do things that I now find uncomfortable and anxiety provoking. I have been troubled by these changes as they have reached a point where they are really chipping away at my identity, and I had come to the conclusion that it was time to put the brakes on this process. END_OF_DOCUMENT_TOKEN_TO_BE_REPLACED

A few weeks back I relayed a comment a therapist made to me about anxiety making a person’s world grow smaller and smaller. I had not thought about anxiety in this context before, but it is the perfect description. For some this may not be a fresh revelation, but I have been living with anxiety for years and while I was aware that this was happening to me I had not found a way to clearly voice it. Somehow being able to articulate what is happening offers some respite from the feelings of loss that accompany the anxiety. END_OF_DOCUMENT_TOKEN_TO_BE_REPLACED

The chaos of the holiday season has left me little time to think or write over the past month. A few ideas have run through my head, but finding the time to put them to words has been near impossible. As the first week of the new year comes to a close I find myself with a little time and it has occurred to me that I have reached something of a milestone. It was at the end of December 2011 that I took my last Klonopin. I have now been flying without my anxiety safety net for an entire year. END_OF_DOCUMENT_TOKEN_TO_BE_REPLACED

Looking For A Topic?